So my Sunday afternoons typically consist of meal planning and grocery shopping. Eric and I are trying to eat healthy as well as run every night. We started all of this last weekend, but then I went to Dallas on Monday (that will be a post in itself soon). I'm trying some new recipes I found on a weight watchers blog, so hopefully they'll be yummy.

Saturday: Royals Game with the in-laws

Sunday: Dinner with the in-laws
Posted by The Adcock Home at 12:57 PM No comments:

TAKE ME OUT TO THE BALL GAME...

So I finished up with MBA classes a week ago, and I started my first rotation on Monday. (that'll be a separate post). Eric wanted to go on a baseball trip before rotations started so we could have a weekend just the two of us before the madness began.
With Minneapolis only being a 6 1/2 hr drive, we decided lets go for the weekend. Eric took off work on Friday, so we got on the road at 6 am and drove back Sunday afternoon. Since our wedding reception was at a Marriott, we had enough points to get a free hotel room for the weekend.
Other than my horrible sinus infection, we had a great time exploring a new ballpark. This was the first season at Target Field for the Twins. The stadium was really nice, not our favorite though. We decided we don't want to live in Minneapolis. Here are some pictures from the fun weekend. 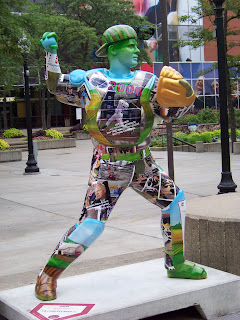 These things were all over downtown with different pictures all on them. 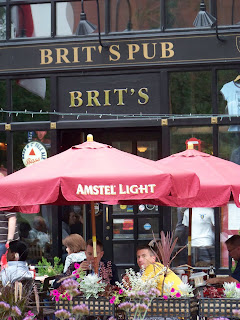 We went here for dinner one night. It was a British pub with very heavy food. Eric loved it, me not so much. It was just ok. 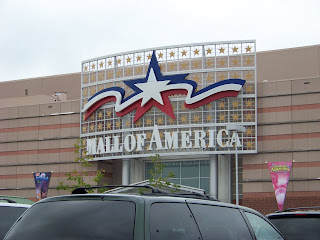 You can't go to Minneapolis without going to Mall of America. We didn't do any shopping but walked around the entire mall. We were there for about 3 1/2 hrs. 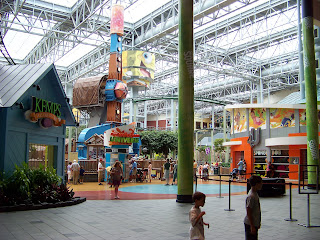 The crazy amusement park INSIDE the mall. 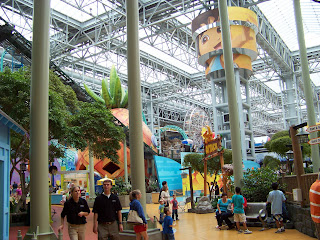 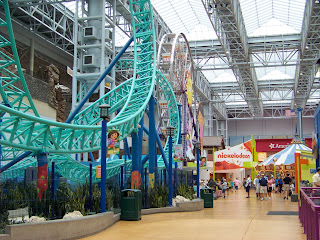 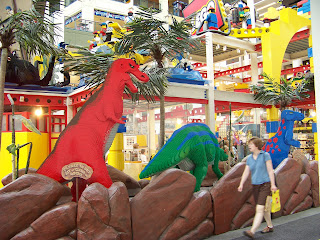 Those dinosaurs are made out of legos. This entire area was built with legos. Every little boy's dream, including Eric's :) 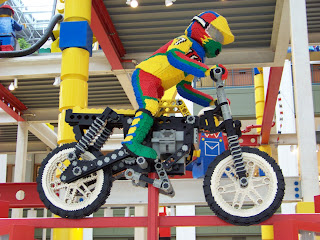 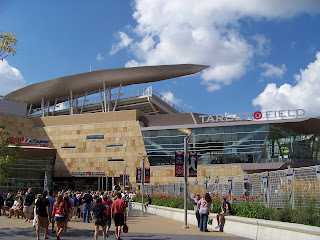 This ballpark was beautiful. It was a very modern park with stone and glass everywhere. 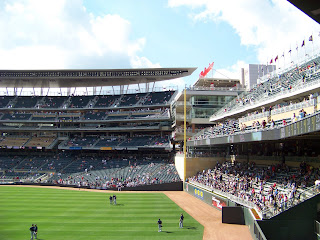 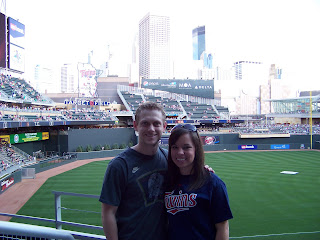